skip to main | skip to sidebar

Even a hunter cannot kill a bird which flies to him for refuge.
--- old Samurai saying

Leaders who act with integrity pay less attention to the latest political or economic calculus and instead focus on the human calculus. These leaders hail from all walks of life and hold positions ranging from CEO to service representative. Take Chiune Siguhara, the Japanese consul general in Kaunas, Lithuania in 1940. After the Nazi’s Blitzkrieg on Poland, Polish Jews fled to neighboring Lithuania. One of their only hopes for escape as the Nazis continued their takeover of Europe and closed in on Lithuania was to obtain transit visas to travel to Japan. Siguhara issued these visas despite many refugees not having passports or proper identification. Despite repeated orders from his superiors to stop, Siguhara issued over 5,000 transit visas. After he was fired from his position for insubordination by the Japanese government, he continued issuing transit visas until his last day, even handing the lifesaving documents from the window of his departing train. Meditate on the wisdom of the Samurai before moving forward on your next initiative. Instead of immediately pushing for what you want, ask yourself first, “What is the human calculus here?” Write down the effects of the various options on the human beings involved – your employees, customers, the people in your community – and then make your decision.

Anthony Silard is the president of The Global Leadership Institute and the author of the Simon & Schuster book The Connection: Link Your Passion, Purpose, and Actions to Make a Difference in the World. To receive Smile, It's Monday each week in your inbox and a free copy of Anthony's new audio CD, "The Surprising Source of Your Passion", enter your email here (1-step only).

Posted by Tony Silard at 8:16 AM No comments:

There is no point in living if you can’t feel your life.
--- Mexican proverb

Our deepest motivations do not come from the instrument we over-use in our technologically-driven society (the mind) but from the other vital organ – the heart – that will atrophy if we continue to ignore it in the name of efficiency. When we stop feeling, we stop enjoying our lives. Determine some changes you can make to your schedule to reclaim your heart every single day. Go to a concert. Stop work at 6 and take a yoga class. Watch the leaves change. Make love with your partner more often. Free up unstructured time in your daily schedule to just be. The more you access the messaging that emanates from your heart each day, the more you will accomplish in your life and, even more importantly, the more you will enjoy what you accomplish. If you don’t feel joy from what you achieve, after all, what’s the point of achieving it? Write down a few changes to your schedule that will enable you to make a heart connection with yourself and/or others this week.

Anthony Silard is the president of The Global Leadership Institute and the author of the Simon & Schuster book The Connection: Link Your Passion, Purpose, and Actions to Make a Difference in the World. To receive Smile, It's Monday each week in your inbox and a free copy of Anthony's new audio CD, "The Surprising Source of Your Passion", enter your email here (1-step only).

Smile, It’s Monday: Your Weekly Wake-up Call to Live the Life You Have Imagined 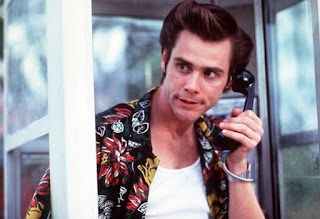 I was struck when I heard the comic star make this comment in an interview. He shared how he spent a lot of time while growing up attempting to make funny faces to make his mother laugh, to cheer her up and ease her suffering. U2 front man Bono once said that no matter how large the crowd, every singer is always singing for one person. Who is the person you are trying to please, or make happy, or make proud of you? Everything we do is motivated by love. If you can distill whose love you are trying to win through your work, you can discover the roots of your passion. You can also determine what is causing you to become a workaholic and lose your balance. Why? Because you will never “win” anyone’s love; you only have to allow it into your life if it’s there, or move on with your life if it isn’t.

Anthony Silard is the president of The Global Leadership Institute and the author of the Simon & Schuster book The Connection: Link Your Passion, Purpose, and Actions to Make a Difference in the World. To receive Smile, It's Monday each week in your inbox and a free copy of Anthony's new audio CD, "The Surprising Source of Your Passion", enter your email here (1-step only).
Posted by Tony Silard at 8:00 AM No comments:

Put yourself as a priority and you will discover that
the decrease in quantity  to your time with others is more than
compensated for by the increase in quality.
--- Anthony Silard

The most formidable obstacle to taking time for yourself is yourself. If you want to make yourself a priority, my advice is simple: get out of your way. When you have thoughts such as, “Work is my only priority at this point in my life. I can’t think about anything else,” or “I’ll take time for myself once I have more experience. I have serious responsibilities now and can’t be a slacker,” or “I have to keep active to feel good about myself,” mark those thoughts as “Spam” and send them back to wherever they came from. Go deeper to understand the roots of your ignore-myself-and-get-it-done-ism. Ask yourself, “Where did those thoughts come from?” and “Why do I focus only on achieving and allow my life to pass me by?”

Many of these thoughts may emanate from your fear that if you take time alone you’ll lose touch with others and lose ground in your career. This week, make a concerted effort to question this fear. Ask yourself whether you will allow your fear of not being good enough to catapult you back to the Dark Ages when people worked incessantly to put enough food on the table. Even if you have very real survival needs and feel compelled to work two or three jobs, ask yourself some hard questions about the direction you are heading in and your long-term goals. Take into account that the moments you spend nurturing yourself and connecting with your heart increase your productivity and make your daily challenges surmountable and worthwhile.

How do you make yourself a priority in your life? Share your successes and challenges in this area with us in the comments.
Posted by Tony Silard at 8:07 AM No comments: 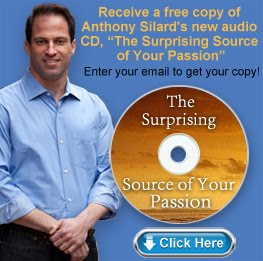 We rely on support from generous individuals like yourself to make our programs happen. Please become a Sponsor:

Please use this link to buy products on Amazon.com . A portion of your purchases will be donated by Amazon to support our Young Leaders Program:

My Favorite Blogs and Sources of Personal Development and Leadership Wisdom

Please feel free to use any of the articles in our blog as long as you use them in their entirety and attribute them to Anthony Silard, President of The Global Leadership Institute. If you wish to edit them before publication, please email info@leadglobal.org for approval.